Maureen Orth is one of the most dynamic women in the world... her son – and our dear friend -- Luke actually calls her “Forest Gump,” as she has had a knack for being present for the most pivotal events, with the most important people, throughout her entire life. She has been a trailblazer since the tender age of 21, when she moved to Medellin, Colombia to join the Peace Corps and helped open a public school. As one of the first female writers at Newsweek, Maureen wrote a whopping seven cover stories on entertainment and pop music stars, including her idol Bruce Springsteen. Most recently, her book Vulgar Favors, about the assassination of Gianni Versace, was turned into a buzzed-about television series that ultimately won seven Emmys and two Golden Globes. She is currently a Special Correspondent for Vanity Fair.

We are thrilled to collaborate with Maureen in selling Maria Camila Mesa jewelry, which is handmade by female heads-of-households in rural Colombia. A percentage of each sale goes to the Marina Orth Foundation, which helps students in and around Medellin develop STEM skills, bilingualism and leadership abilities. She inspires us to take risks, pursue passions and live a life full of gratitude, laughter and adventure. “ These earrings are directly inspired from the natural wonders of Colombia, the second most bio diverse country in the world. The designer, Maria Camila Mesa is an old friend and everything she designs is hand made by single mothers and heads of households so it is wonderful to have beauty work in service of helping these deserving women. ”

“ My connection to Colombia goes all the way back to when I was 21, recently graduated from Berkeley and assigned to Medellin as a Peace Corps volunteer. I fell immediately in love with the people and the lush countryside. In 2005 I was asked to help make my school the first public bilingual tech school so the kids could compete in the 21st century. From that beginning the Marina Orth Foundation now works with 21 schools in and around Medellin. ”

“ My house is filled with things I have collected from my world travels writing for Vanity Fair and my frequent Colombia trips, etc. I don’t think taste depends on money. I love to haunt artisan markets. I think every house should tell a story and it’s fun to be surrounded by memories of where and how you got something. ”

Where is you favorite place in Colombia?
Colombia is so diverse with three oceans, three distinct mountain ranges, jungle and vast plains. I love the mountainous but tropical countryside surrounding Medellin, particularly around the little town of El Carmen de Viboral known for its ceramics and where we work with our international volunteers in several schools.

How would you define style?
Style should mean what makes you feel good to wear and also, how does it distinguish you? Because so much clothing is so expensive now, it’s better to figure out what the basics are that look good on you that you can wear for years at a time. Then you make your own look with accessories that don’t have to be expensive either. I am not a fan of default black. Navy, charcoal grey and burgundy are great basics too.

What is your favorite story you’ve ever written?
People always ask me my favorite story that I’ve written. I have been very lucky to interview and/or write about some of the world’s most interesting people both good and bad. There is a huge difference, however, from who was the most fun to write about—like Karl Lagerfeld, Tina Turner —and those who made an impact but not always for positive reasons, like Andrew Cunanan who assassinated Gianni Versace.

“ We're so excited to be sending a championship coed robotics team all the way to Estonia to compete in international competition and have just launched our Go Fund Me Page. Love for you to check us out and any amount is appreciated. ” Into the Jungle Assorted Salad Plates (Set of 4) 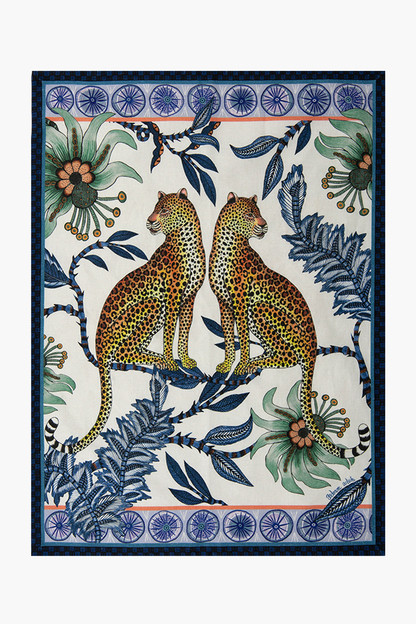